Laura W. Murphy brings more than 35 years of experience in government and advocacy, including 17 years as Director of the ACLU Legislative Office in Washington, D.C. In that capacity, she led a staff of 42 and utilized a half-dozen consulting firms in various disciplines, including pollsters, contract lobbyists, media relations advisors, documentary filmmakers, and web activism firms. Murphy was the first woman, the first African American, and the longest-serving head of the federal affairs operation in the ACLU's 96-year history.

Ms. Murphy has substantial experience working in municipal, state, and federal government positions and has acquired a comprehensive understanding of how the levers of power work from the inside out. She has been a coalition leader of diverse groups and has had significant on-camera media experience as an advocate for public policy initiatives.

Murphy is well known for her legislative advocacy on human rights and civil liberties, having managed high-profile legislative and communications campaigns on criminal justice, First Amendment, equality, and national security issues. She has been instrumental in the passage of influential human rights and civil liberties legislation including the Fair Sentencing Act of 2010 and the USA Freedom Act, which reined in some of the powers of the USA PATRIOT Act.

Recently, Murphy served as chief advisor to Airbnb, helping the room-rental company update its policies and leading its efforts against discrimination on the platform. She was also chosen by Harvard University as a 2016 fellow in its Advanced Leadership Initiative, a year-long fellowship drawing highly accomplished and experienced leaders who are interested in tackling new challenges in the social sector.

Murphy has testified more than a dozen times before Congress, and has also testified twice before the United Nations in Geneva, Switzerland. An experienced spokesperson, she has been a frequent guest on major network, cable, and radio outlets including PBS, NBC, ABC, CNN, MSNBC, Fox News, C-SPAN, and National Public Radio.

After the tragic events of September 11, 2001, Murphy's advocacy on civil liberties issues (surrounding the USA PATRIOT Act, in particular) was the centerpiece of articles in the Washington Post, the Baltimore Sun, and Rolling Stone and Ebony magazines. She has authored chapters in two books: The McGraw-Hill Homeland Security Handbook and The Paradox of Loyalty: An African American Response to the War on Terrorism. She has written more than 50 blogs and articles on a variety of social justice topics for outlets including the Huffington Post, the Washington Post, and the Wall Street Journal.

Murphy's leadership skills have been highlighted in other books, including chapters in Lobbyists at Work by Beth L. Leech and in Many Blessings: A Tapestry of Accomplished African American Women by Sonnee Weedn. Capitol Hill newspapers, including Roll Call (1997) and The Hill (2003 and 2013, 2014), have selected Murphy as one of the top federal lobbyists in the nation. Among other honors, in May 2015, Murphy was honored (along with Attorney General Eric Holder and former U.S. Senator Robert Dole) by the Leadership Conference on Civil and Human Rights with the Hubert H. Humphrey Civil and Human Rights Award "for selfless and devoted service in the cause of equality." In 2015, a special tribute to Murphy was placed in the Congressional Record by Rep. John Conyers. 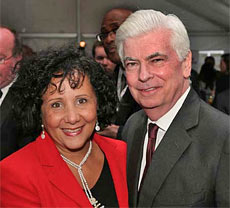 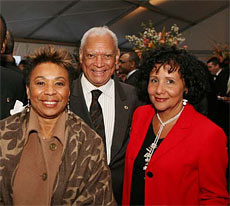 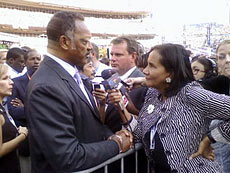 Laura Murphy interviewing Jesse L. Jackson, Sr. at the DNC Convention for Colours TV August, 2008 for a documentary on Barack Obama that she helped produce.

“Dr. Dorothy I. Height calls Murphy, ‘one of the ablest persons I know, male or female.’”